Should fat people be allowed to have children?

Let me preface this post by stating that I am a chubby chick and I have a chubby hubby. So don't get your panties in a bunch over this title!!

Now, back to the post. Should fat people be allowed to have children? I ask this because recently a nurse at a clinic informed a patient that she and her hubby needed to lose weight before they could be good parents. Yes, you read that right! She was not concerned about the patient's health, but that it might be difficult for them to chase a child while heavy. I have met this couple once before and they both can move around just fine. And even if they couldn't, is that reason enough to deny them IVF?

Here is the story: Heavyset couple dealing with infertility call a few clinics to set up consultations. A nurse at one of the clinics ask the patient some questions in preparation of the consultation. After hearing the patient's weight (and that of her hubby) the nurse informs the patient that they will not even consider working with them until they lose weight. Neither patient have any health issues at all. Both are active and healthy, albeit overweight. Is it right for a clinic to refuse them IVF? And no, this is not a shared risk program.

After hearing this I was furious! Unless a person is a drug addict or has an illness that could harm a child or themselves a clinic should not be able to refuse helping a patient become parents. And if they are going to screen people in this way shouldn't thin people with high blood pressure be denied as well? Or what about high cholesterol? Are these not as dangerous as being overweight? And at what point is heavy too heavy? Technically 30 pounds is considered obese. Would obese people be turned away? Or just morbidly obese? That means that Maddie should not be my child as I was considered morbidly obese when I did my FET. Yet I had a perfectly healthy pregnancy except for mild preeclampsia and it was not weight related in any way. So by this clinic's standards I am not eligible to have a chance at having a baby. What makes this so incredibly sad is that this is the clinic that I had planned on using next year and now will be unable to. I am now 30 lbs less than my pre-pregnancy weight and no longer morbidly obese, but my hubby still is. So will we be disqualified even though we would be using donor embryos? Are we not good enough to be parents now?

I understand that there has to be some guidelines for medical treatments, but I really feel that this is crossing a line. It smacks too closely of discrimination to me. No one would deny a healthy paraplegic a chance at IVF. So how can they say that a heavy couple should not have that chance as well. Granted, obesity is not necessarily a disease, but not all heavy people are lazy and unhealthy. I know many chubbies that are very healthy, my dh and I included. And we are great parents!!! Yes, it is unhealthy to overweight! Yes, I should get my fat, lazy butt off of the couch and exercise. But if I have to wait until I lose 70 lbs I will be 35 and then have to deal with advanced maternal age. What is worse? Being too "old"? Or being too fat??

We can all agree that the octo.mom is a bit on the crazy side and really should not have had the last FET. But the truth is that it is not our place to tell her whether she can have a baby or not. And I firmly believe that the best scenario for a child is to have a mother and a father (personal opinion) but should a medical facility deny a single woman a chance at having a child? Or a lesbian? Just because I may not agree with a person's lifestyle choices does not mean that a doctor should be able to prohibit a person from achieving their dreams. If a woman is allowed the "choice" to have an abortion because it is "her body" should not ART have the same respect?

So what are your thoughts? And if you are going to be rude at least have the decency to use your real identity. All mean anonymous comments will be deleted. =D
Posted by Jess at 7:31 PM 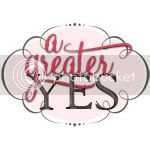